Botanical name for tea is Camellia Sinensis. Tea is an evergreen plant related to the camellia shrub that is a common landscaping plant. There are more than 2000 varieties of tea classified in to three categories, Green, Oolong and Black. Orange Pekoe refers to leaf cut and has nothing to do with quality although most consumers believe that it does.  The harvesting of tea is referred to as plucking and is done by hand or a machine that resembles hedge clippers or riding hedge clippers. The new growth of the tea bush is harvested removing only the first three leaves and flower.  This process is referred to as a flushing. Each flushing of tea has a different taste when processed has a different taste and character. The second flushing of the tea is usually results in the highest quality teas. 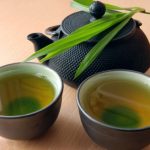 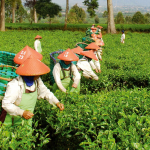 Black Tea: After plucking the leaves are laid out on long tables that air circulates through. This is know as the withering process and the tea will lose about 50% of it’s moisture content. The leaf is quite soft at this point and is moved to the rolling process that exposes the sap
in the leaf to the air. The tea is then spread out on tables or conveyor beds and allowed to go through an oxidation process. This process is called fermentation and can last about an hour depending on the air temperature and the humidity. The oxidation process is stopped by the
drying process known as firing. The moisture level of the leaf is reduced to about 3%, but will rise to about 5% at ambient humidity.

Oolong Tea: Sometimes referred to as semi fermented. Like Black Tea the leaves are laid out after plucking but they are gently shaken to bruise their edges and thus exposing the sap to the air. The fermentation process is not allowed to continue as aggressively as in Black Tea and fewer cells are exposed to the air.  The firing process is used as in black tea to stop oxidation.

Green Tea: Green tea is never allowed to ferment. After plucking, the tea is laid out on heated steam tables to stop the enzymes in the tea from fermenting.  Green tea is rolled and then fired just as black tea.  All teas then go through a sorting process that separates the leaf by size and removes stalks and stems. The larger leaves sizes demand higher prices than the
broken grades, which range from Pekoe Fannings to Dust. Oolong teas general produce the largest leaf because it does not go through the rolling process.

Tea is grown in Southeast Asia, Africa, Russia, South America, and to a limited extent, the United States. The largest producer of tea is India, consuming about 80% of their crop and exporting the rest. They are followed by China, which exports about 50% of their crop. The largest exporter of tea is Sir Lanka (Ceylon tea). Most of their crop is consumed in the Middle East, Africa, and the UK. Russia is also a large producer of tea but they use most of their tea is used for internal consumption and actually import tea. There have been some specialty teas coming from this area in the past few years.  The tea grown in the United States is grown in Charleston, South Carolina on the Charleston Tea Plantation. This farm was originally started by Lipton as an experiment in growing tea locally for consumption in the US. High labor cost and low production forced Lipton to abandon this project. It is still in use today as more of a novelty of the only tea grown in the US.  The largest exporter of tea to the United States is Argentine followed by China.  Most tea in the US comes from Argentine and China, and the better quality teas from Malawi, or Indonesia. Tea from these countries tends to cloud less and works very well in Iced Tea which makes up 80% of the US market.

When selecting teas for blends careful consideration must be given to what the end product will be used for, hot tea, iced tea, flavored, tea bags, bulk, etc.  Other considerations are the bulk density of the leaf, leaf size, color, tendency to cloud under certain water conditions, and taste. The teas are then selected that will meet the taste profile and conditions set forth in a particular blend.

The flavors used in flavored tea are made from natural and or artificial ingredients. Flavors are selected that enhance or complement the tea and the tea used for flavored tea is selected to complement the flavor. The addition of dried fruit or other herbs to tea does not add flavor to the finished product in fact it will tend to dilute the tea. The addition of the fruit or herbs to tea is for appearance sake only.

Tea is a fragile product and strict guidelines should be established in proper preparation, storage, and cleaning of brewing and dispensing equipment.  Tea brewers should dispense 64 to 72 ounces of 205° hot water over four ounces of tea leaves and 320 ounces of cold water. Cold water should not be added until the hot water is almost complete. This prevents shocking the finished beverage,  which can cause clouding in some water conditions. Brew baskets should be removed after brewing emptied and rinsed clean to prevent cross contamination between blends and growth of bacteria that can devastate the taste of the finished brew. Tea should be stored at room temperature and never kept for more than three hours. Dispensers should be rinsed between uses including the faucet and cleaned and sanitized with non-chlorine or low chlorine product (eats holes in stainless steel) at the end of each day.

Other Auto Brewer options available are auto sweetening systems, half batch options, and timer systems that inform the operator when to dispose of a batch and make a fresh batch.

Use of tea brewers together with proper brewing and sanitation techniques insure a good quality, consistent brew. 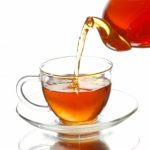